Posted on November 17, 2017 by elizabethcarden 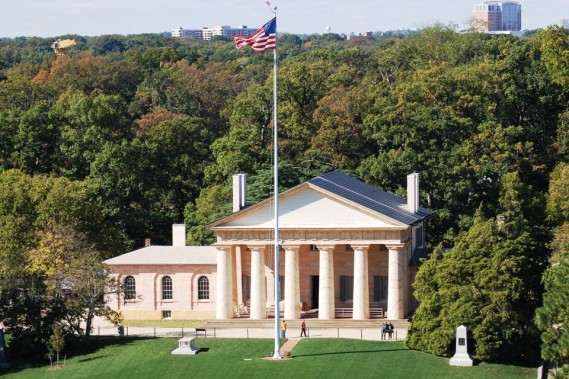 I’m always fascinated by the first spark of inspiration that leads to a book. For some, inspiration hits and almost immediately a story flows forth. But for me, it seems that inspiration needs a good deal of time to germinate, laying dormant for years in my subconscious, building strength. My latest novel was first conceived more than 20 years ago when I worked in Washington, D.C. and lived in Arlington, VA.

When friends and family would come to visit D.C., it was only natural to make a stop at the neighboring Arlington National Cemetery before heading over Memorial Bridge to see the other memorials. It never ceases to be a profound experience to see the endless sea of white crosses and Stars of David that traverse the green pastures of Arlington. The suffering and sacrifice is palpable.

But it took me years to actually visit the coral-colored Greek Revival home that sits high atop the cemetery. I had no idea that it, and the entire property, had once been the ancestral home of General Robert E. Lee and his family until I took a tour of Arlington House.

How had the Lee home come to be the largest military cemetery in America? I knew there was a story there. In the little book shop adjacent to the house, I picked up a small book “Growing Up in the 1850s” –the diary of Lee’s middle daughter, Agnes. In her diary, Agnes charmingly records the life of a normal schoolgirl, completely unaware of her privileged upbringing  and never suspecting how dramatically her life–and that of the nation– would change in just a few short years. I wanted to tell her story. 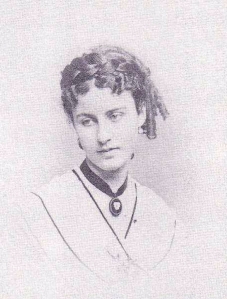 In my novel, Arlington, the Civil War is not seen through the General’s eyes on the battlefield, but through the eyes of his two daughters, Mary and Agnes, who are as different as two sisters can possibly be: Mary is assertive, self-assured and independent while Agnes is thoughtful, naive and indecisive. They can barely stand to be in the same room with one another, but are forced to navigate a new world together in the aftermath of their father’s decision to leave the Union. As the War progresses, they lose their home, loved ones and their once bright futures but find in each other the grace and strength to endure.

In my research, I learned that the Lees were a complex, and often contradictory family: the Lee women were involved in activities to end slavery, Robert E. Lee spoke of slavery as “a moral and political evil,” and yet he chose to fight on the side of those who wished to preserve it.

Since I had that first inkling to write about the Lee family and Arlington, the reputation of General Robert E. Lee has gone through some serious reappraisal. There seems to be a tendency to shy away from difficult history, but I believe delving deeper into the complexities of the past is more productive than closing our eyes to it. Throughout history, human beings have proven themselves to be inherently flawed and contradictory creatures, and often times we rush to judge people of the past without thought to our own prejudice and inconsistency.

As our nation continues to grapple with the legacy of the Civil War, I think it more important than ever to delve deeply into that history, not only to understand our past, but in hopes of charting a better future.

A wife, mom and writer of historical fiction (but sadly, not of thank you notes).
View all posts by elizabethcarden →
This entry was posted in Uncategorized and tagged Arlington, history, inspiration, Robert E. Lee, writing. Bookmark the permalink.